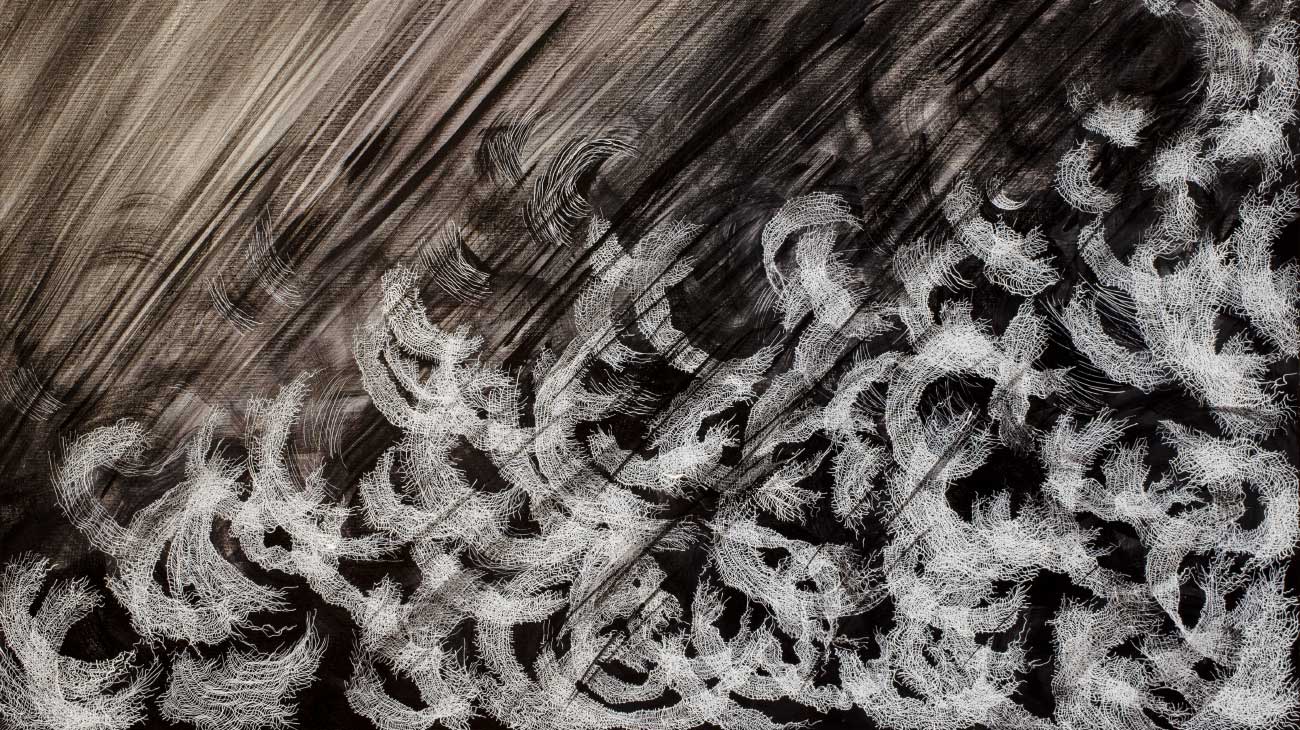 The absolute protagonist of her works is the “thread”, a fragile and apparently insignificant element. Through a dense network of weaves and warp, the “thread” can be broken, frayed, stretched, superimposed to communicate different feelings and moods as well as strong and disruptive messages. This is how the works were born, to name a few, such as: “Mediterranean” (2018) which represents the desperation of many refugees at sea; “Burqa” (2009) about the difficult and complex situation of women; “Center of Gravity” (2018) or “Cosmic Explosion” (2008).
The central theme of the last artistic period is inspired by the “shadows and lights” of small pieces of reality, to which attention is rarely paid but which, in her eyes, appear as fragile laces, embroideries on which golden leaves are laid but also cigarette butts, pieces of paper and plastic, evidence of the passage of a hasty and careless humanity.
Professor and Art Historian Stefano Borsi wrote about her in the review of his solo exhibition “Trame” in 2009: “…Maria Pia’s art is as delicate as her plots, not shouted and not prone to concessions to the commercial, intimist and vibratile, dreamy yet attentive, sometimes even ethically and socially committed. Even classical in the intransigent defence of a “craft” that smells of good academy and long training, of probity of signs and mastery of technique…” 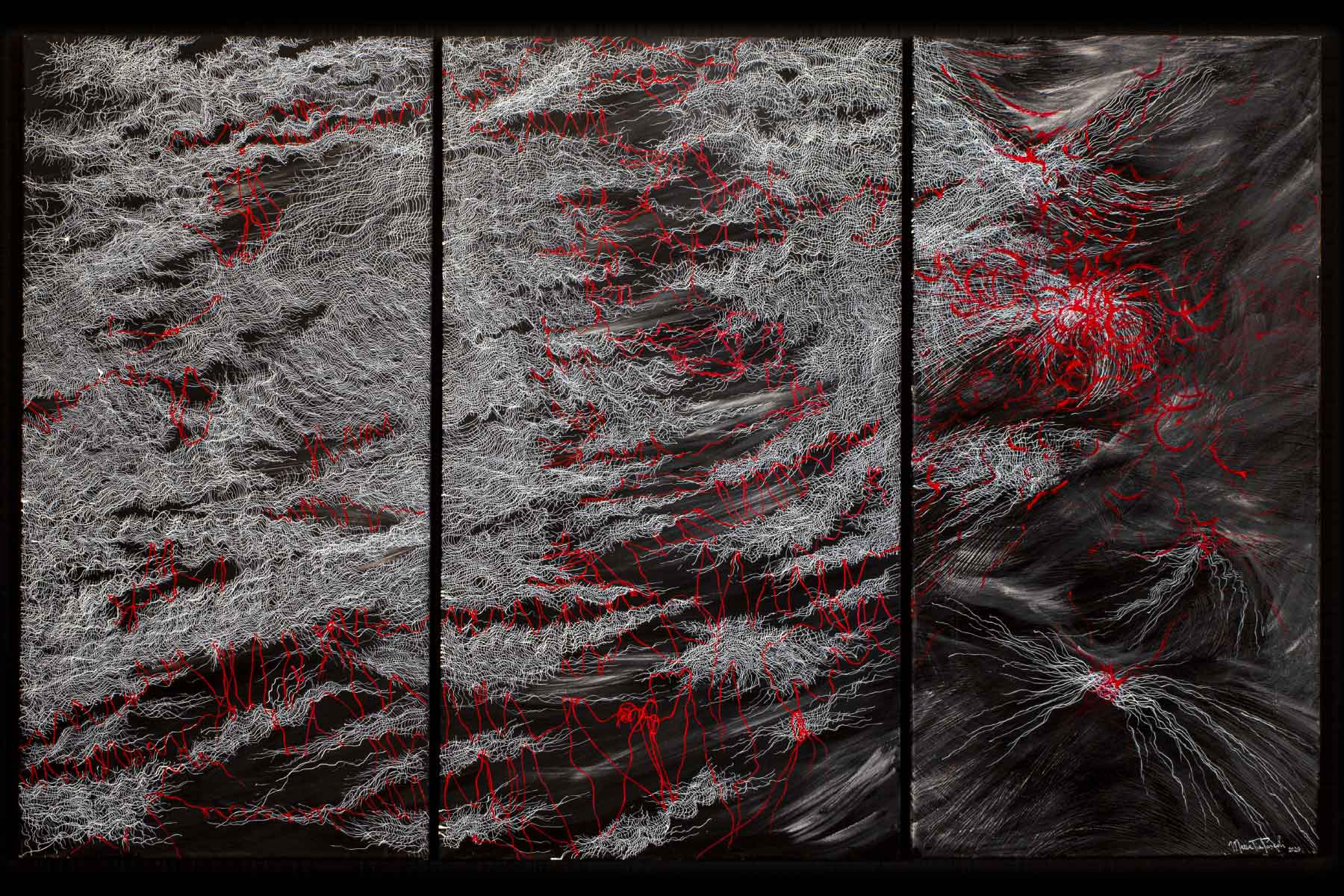 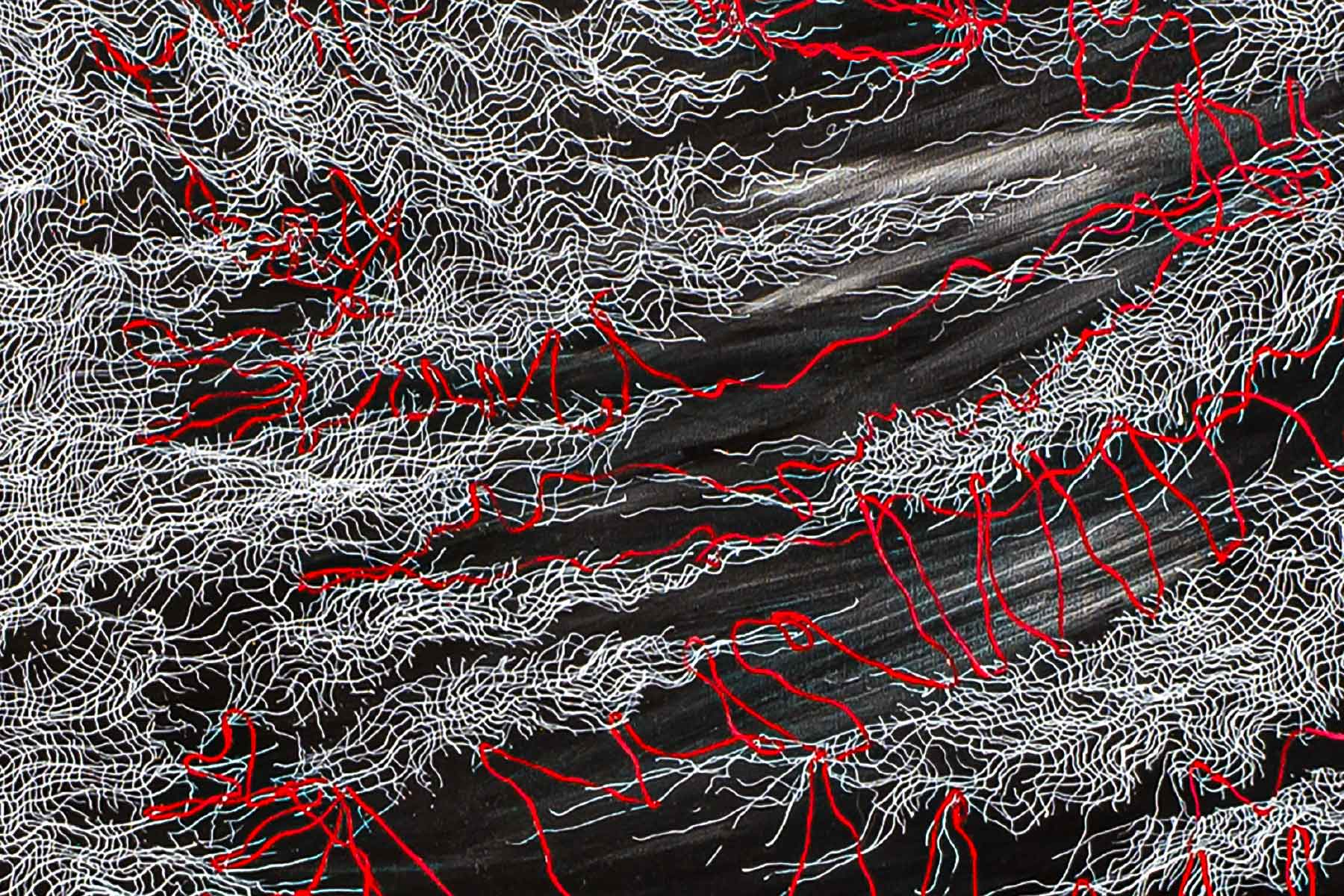 Acrylic and india ink on canvas 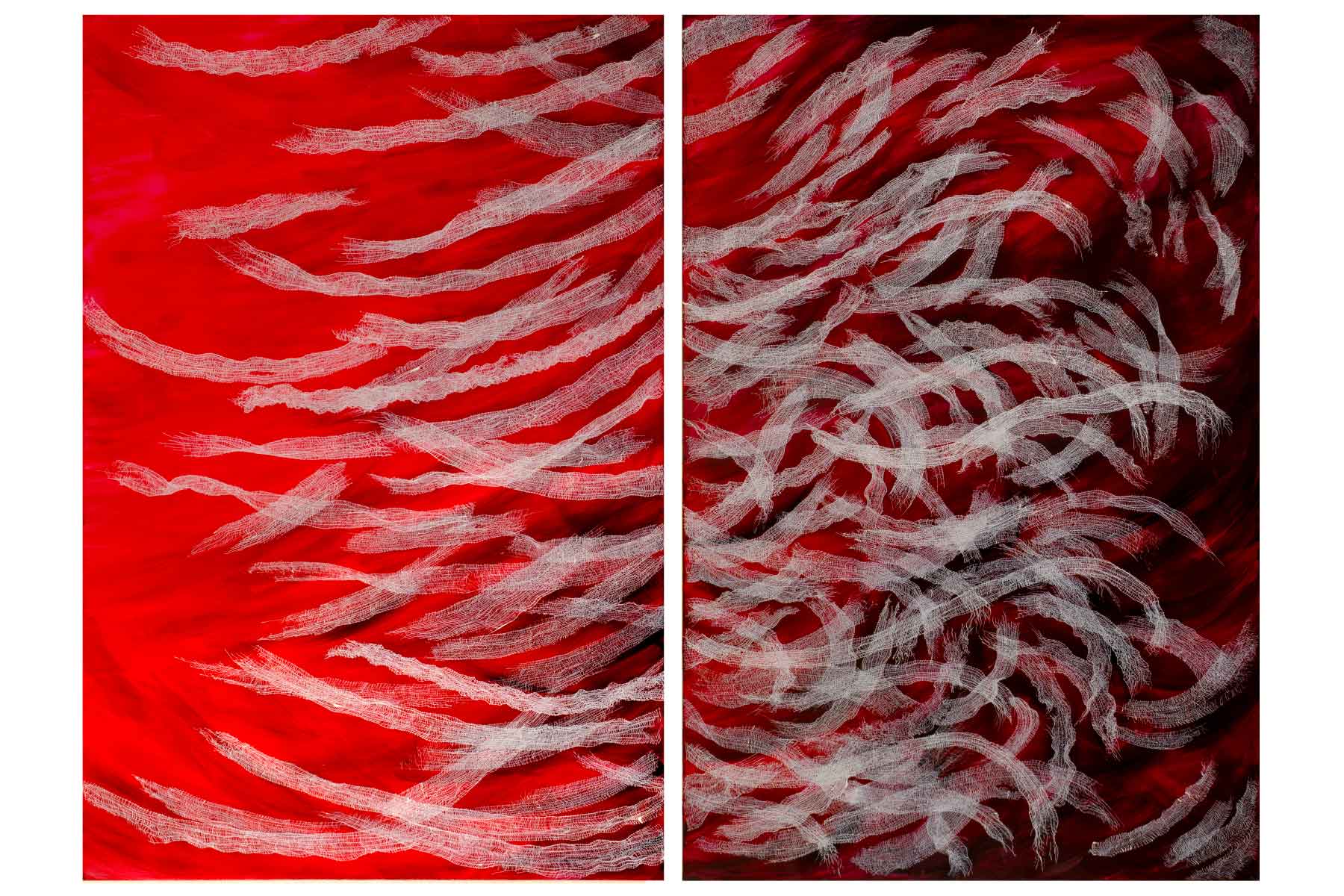 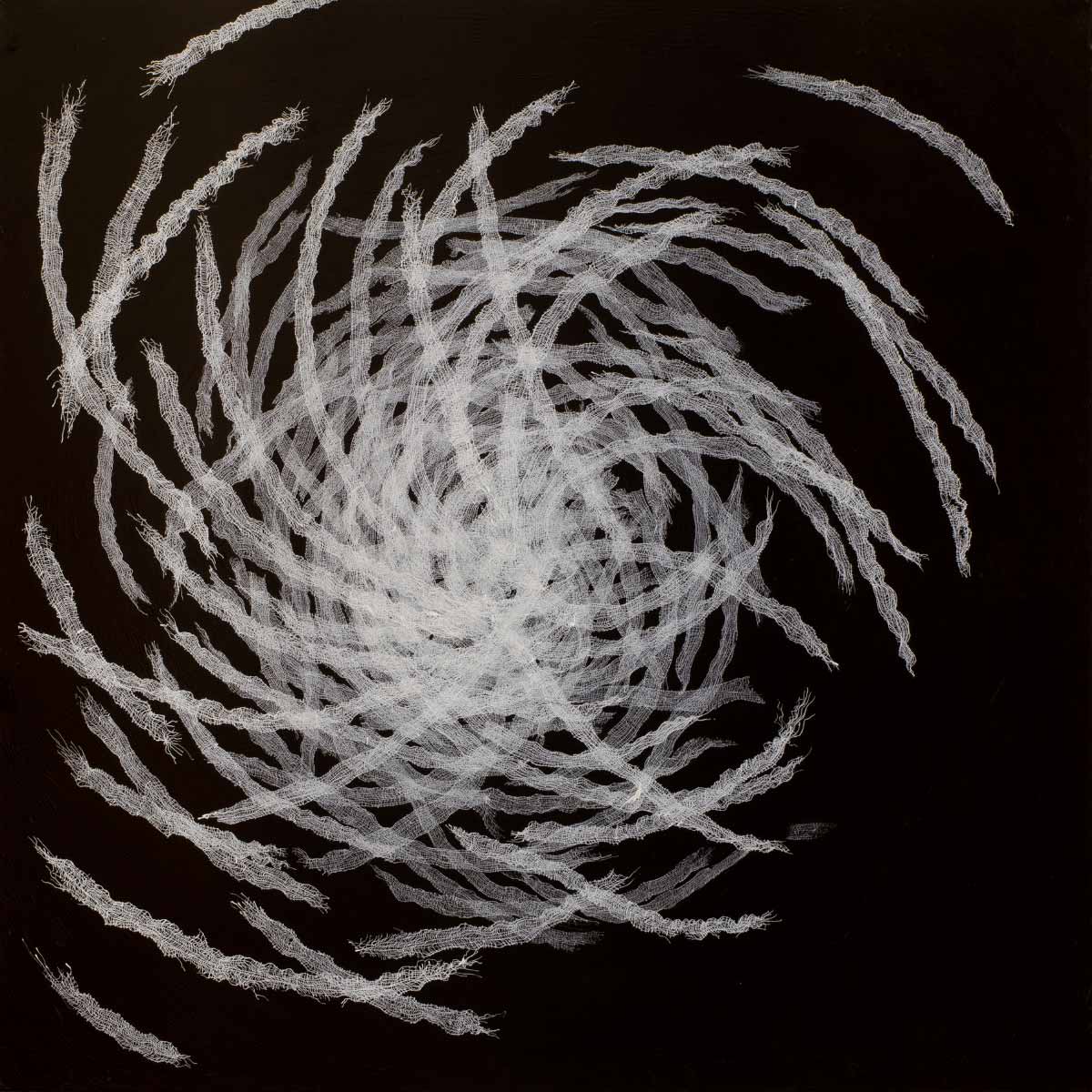 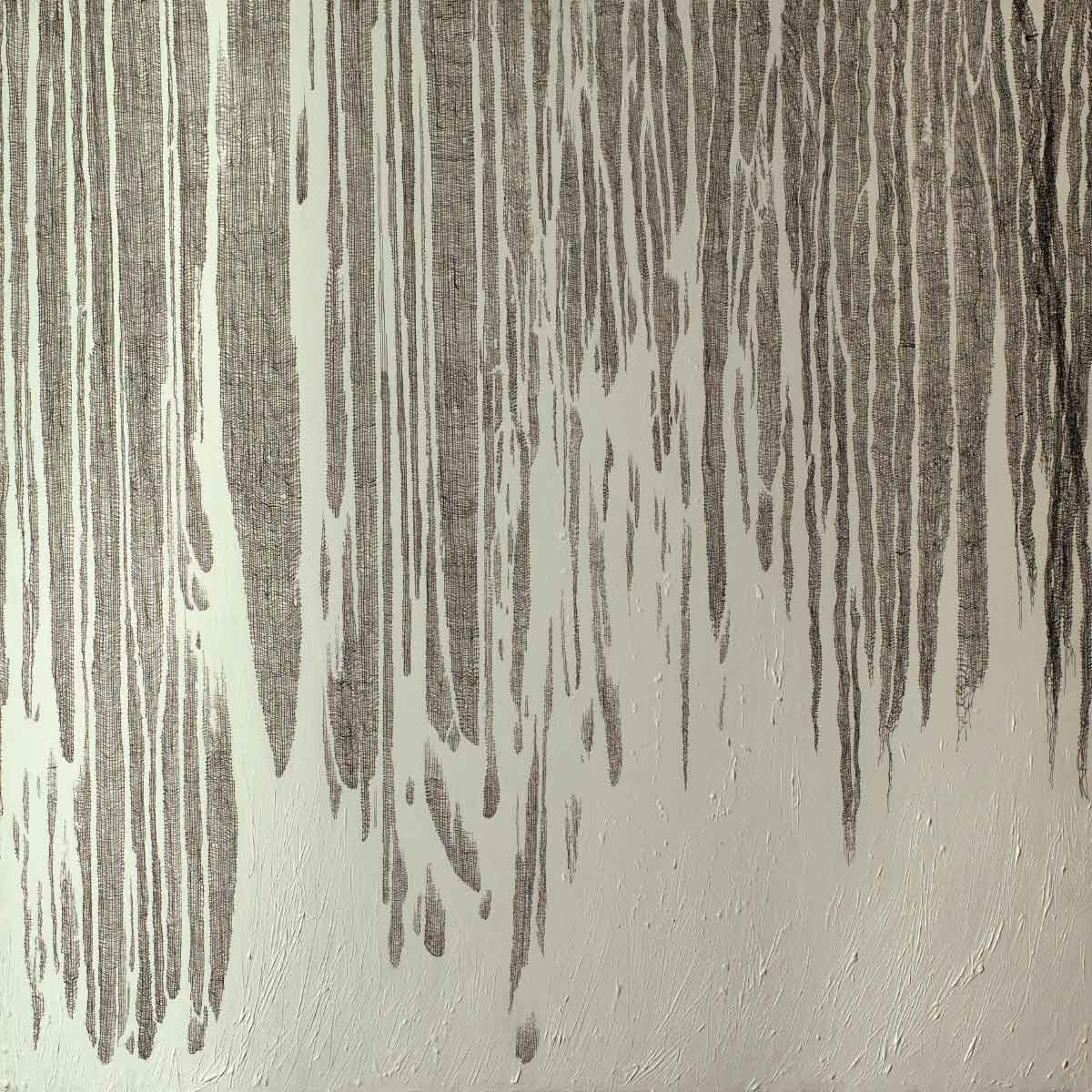